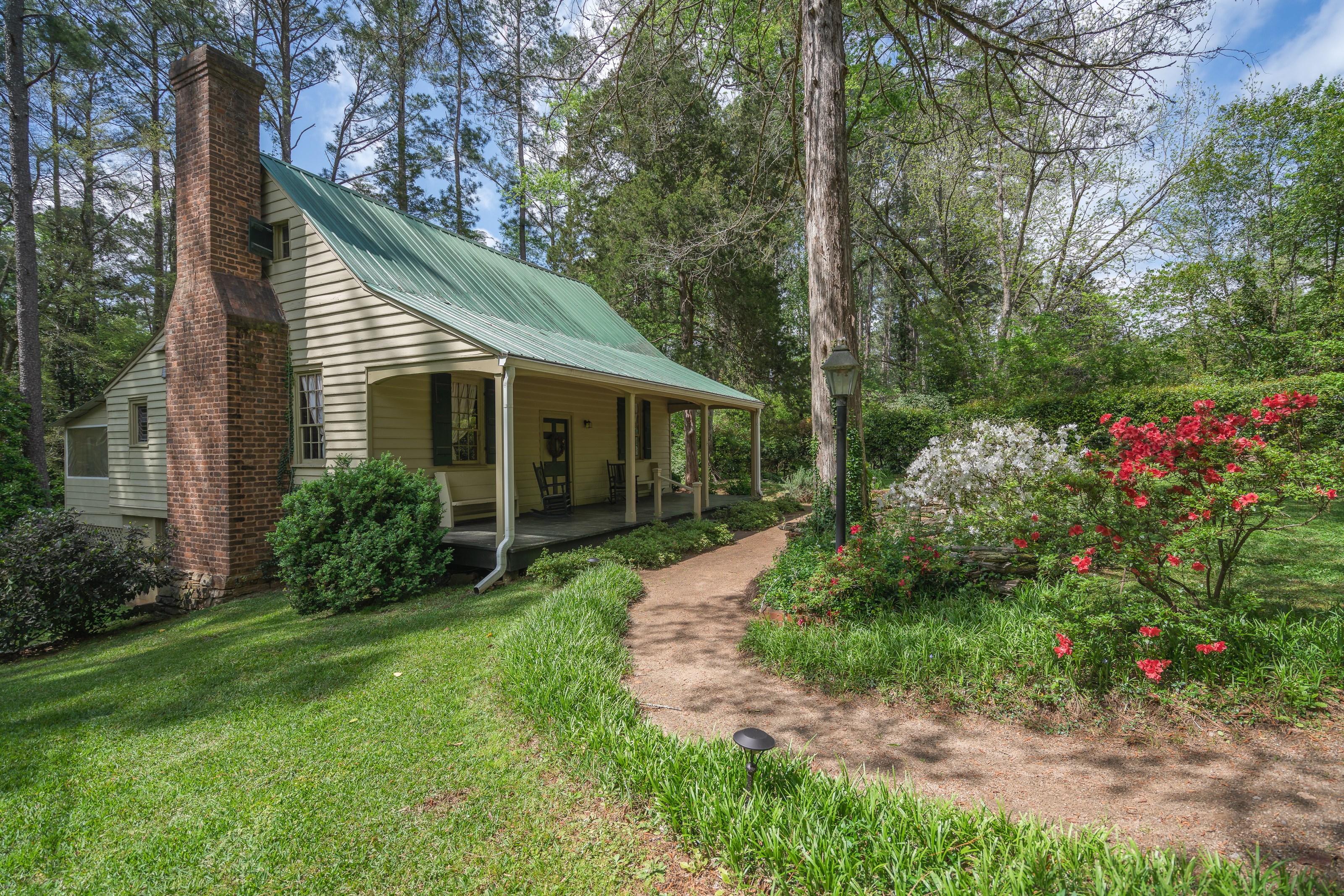 One of kind rare Historic c.1778 Mills-Bryson home.The oldest Surviving structures in Wilkes county & One of the oldest in the entire state of Georgia.Historians state that Elijah Clarke & John Dooley held secret meetings here to combine forces against the invasion of British at the Battle of Kettle Creek. 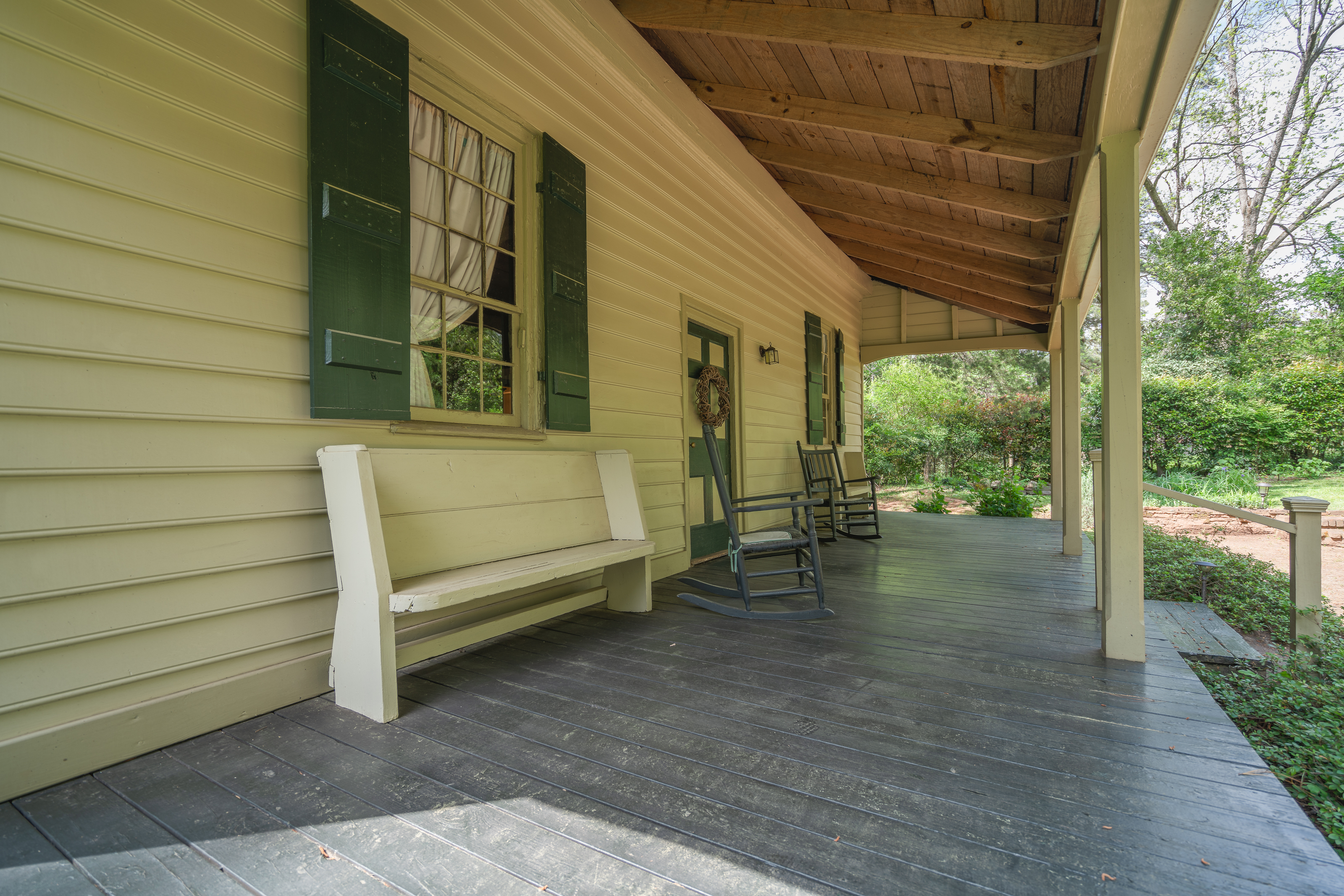 The home was moved and set on the old original stone foundation which included field stone bases under the massive chimney. 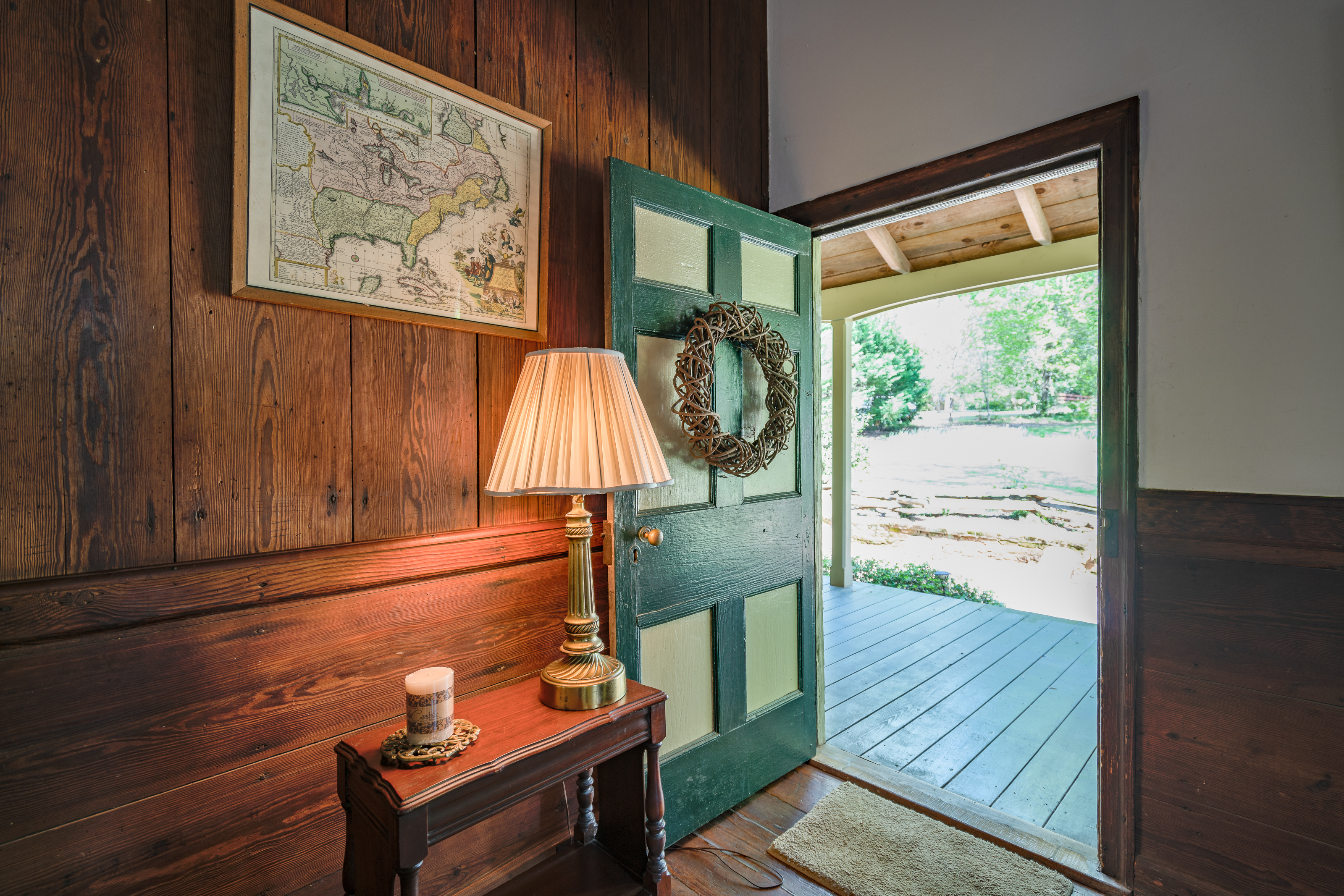 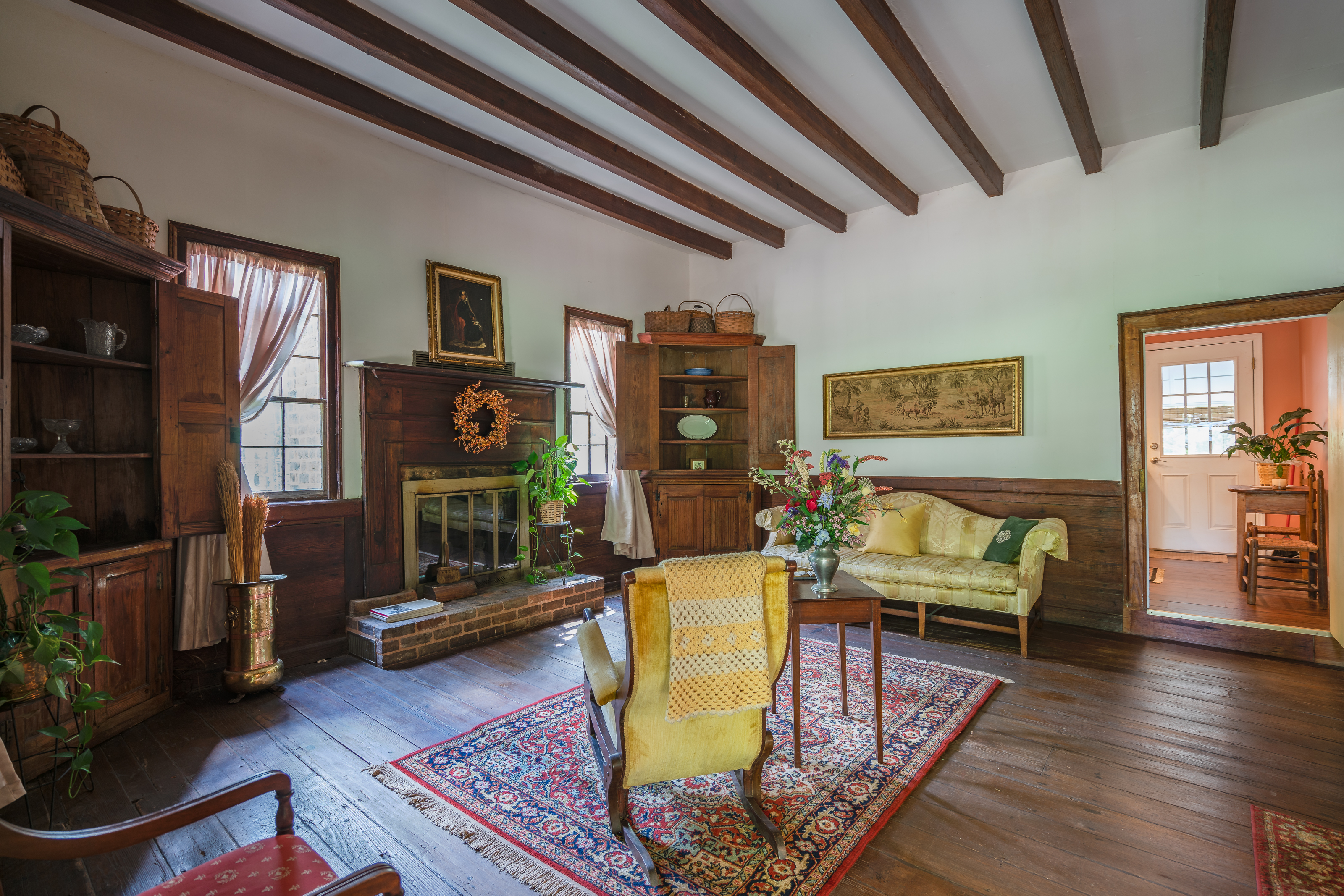 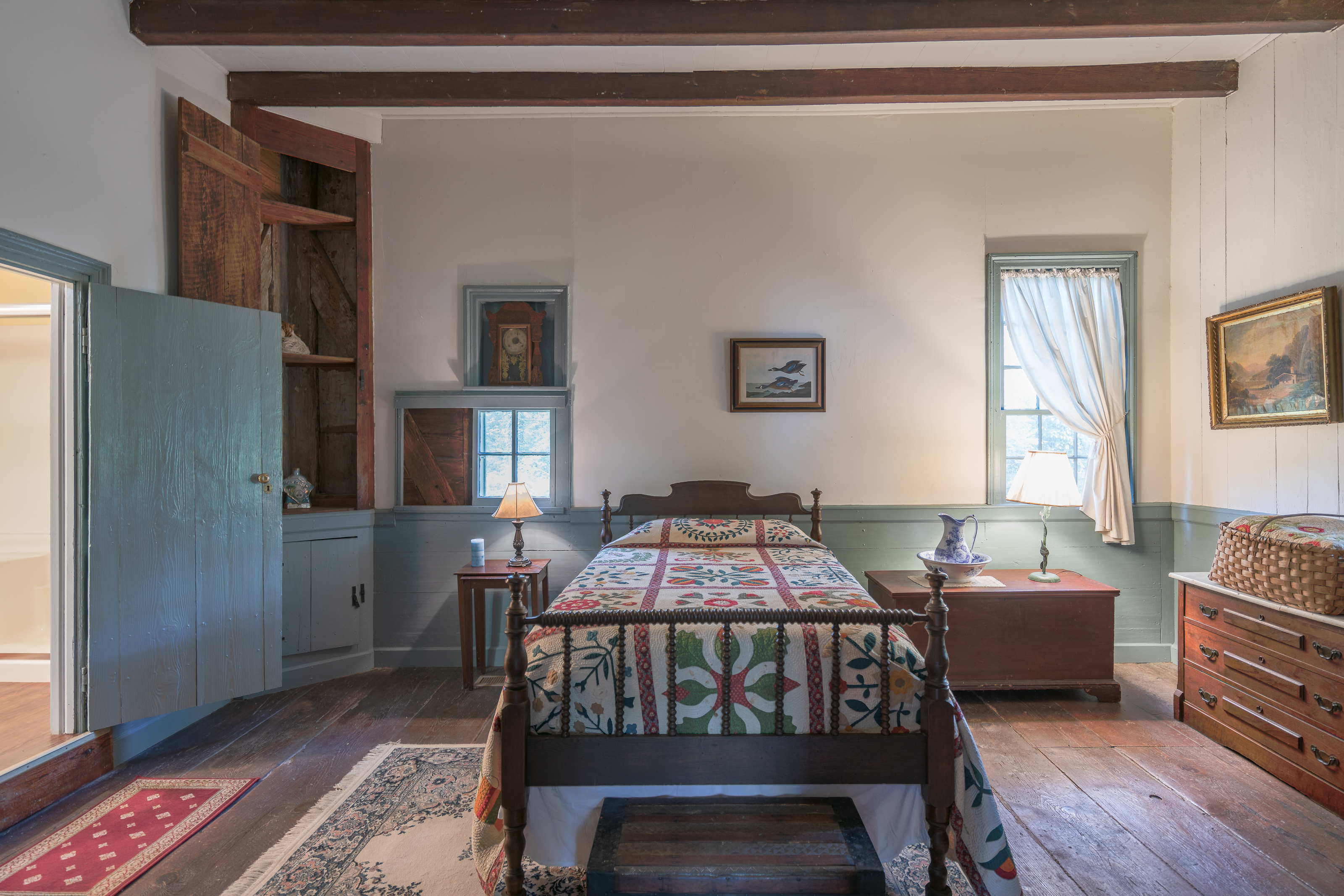 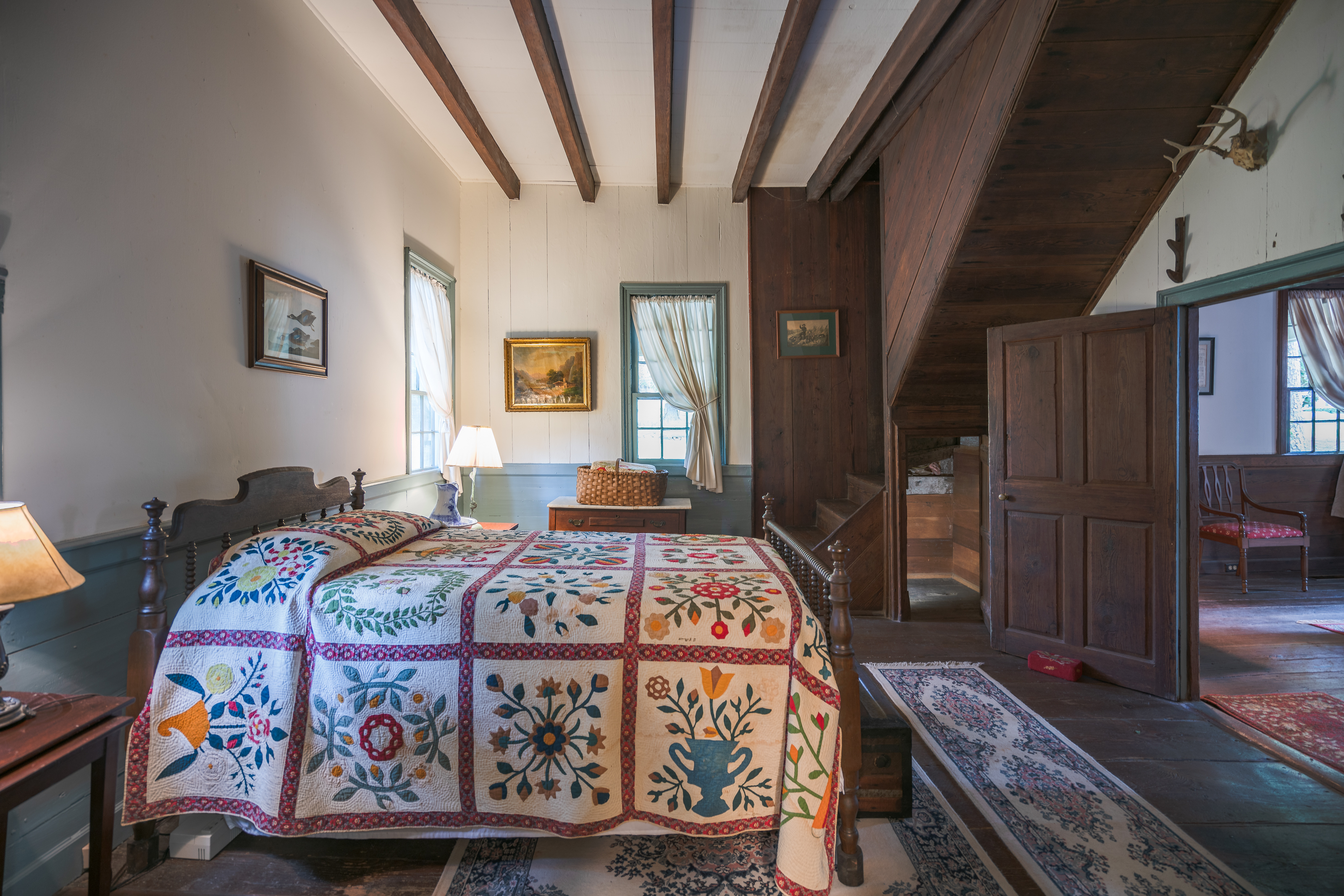 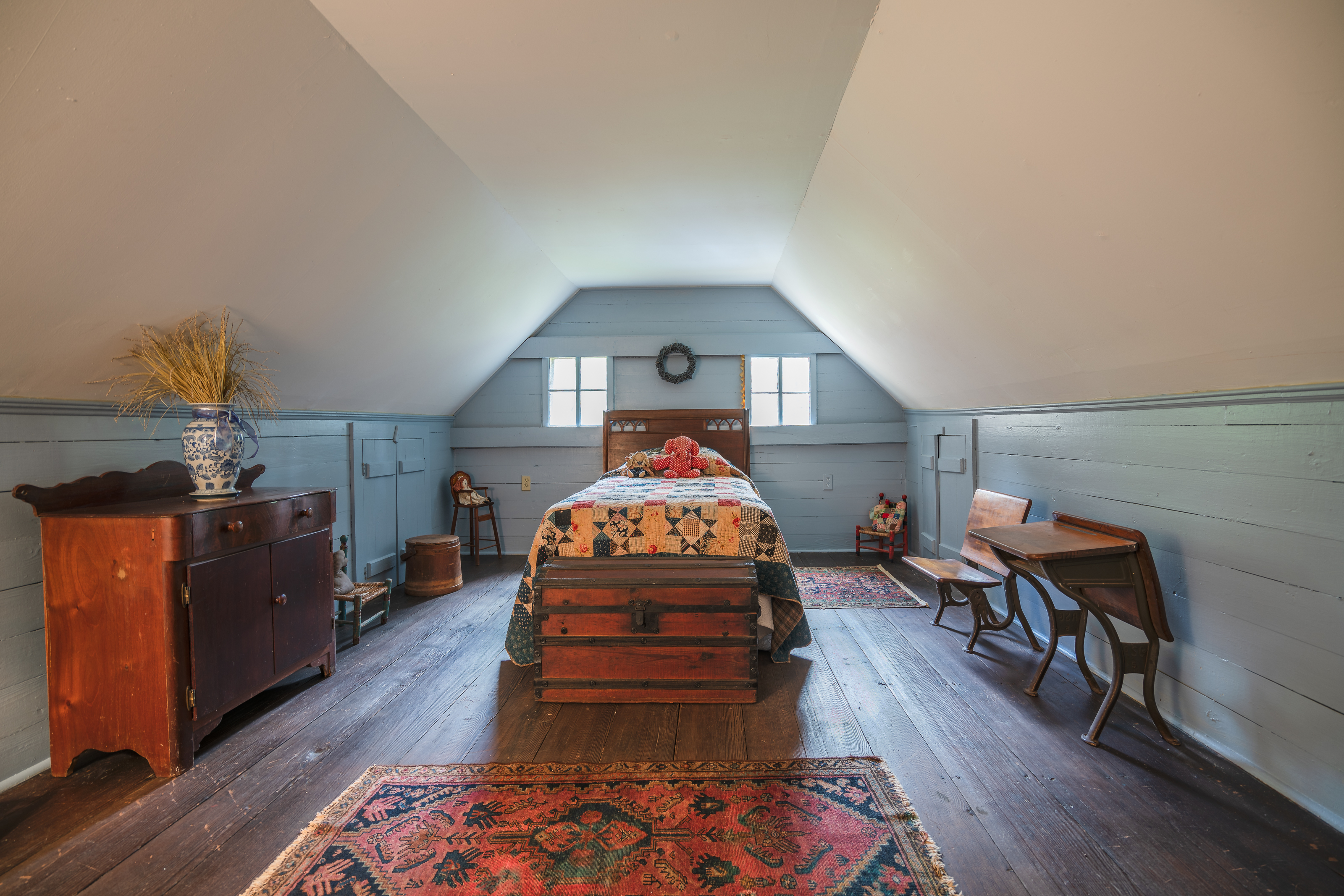 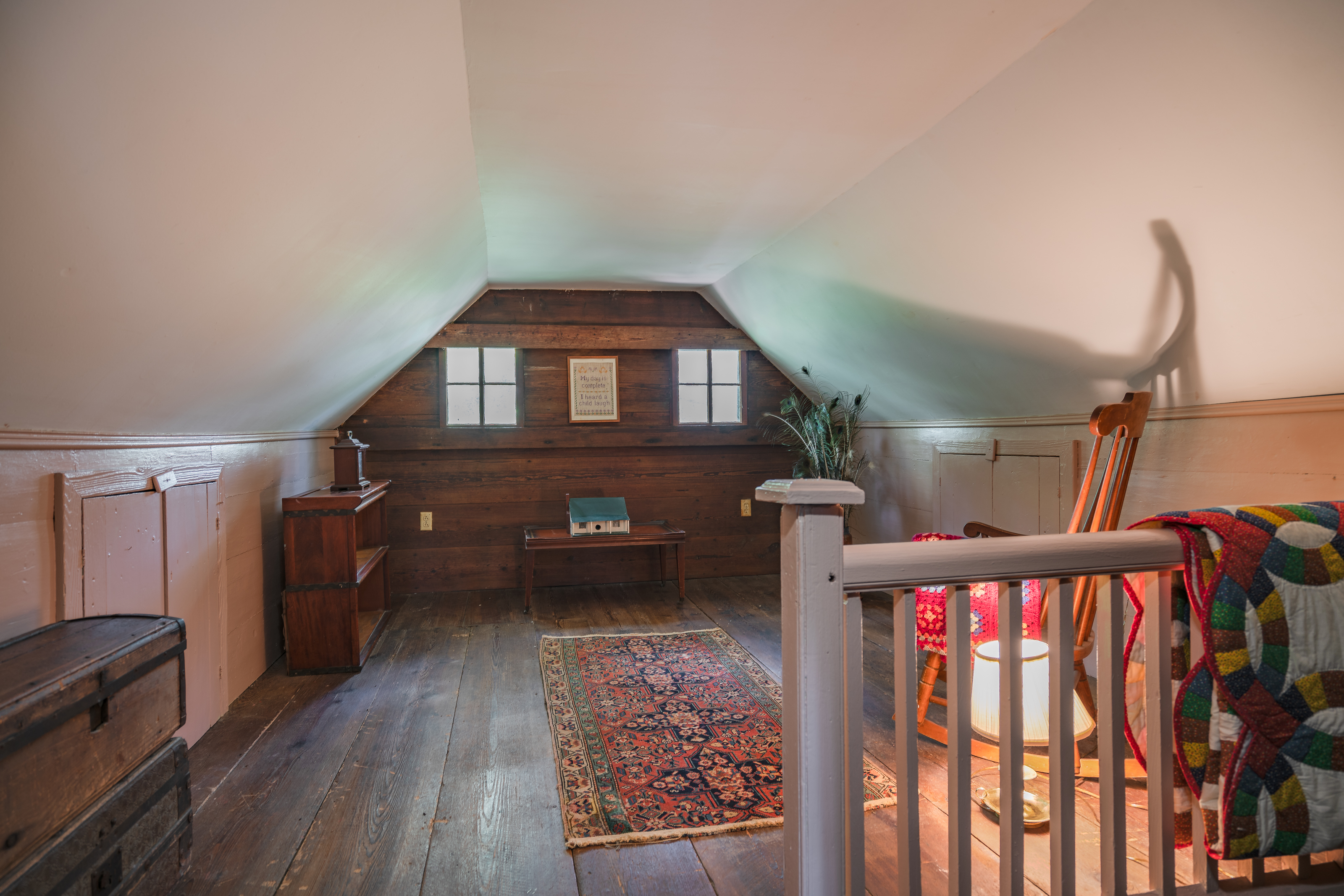 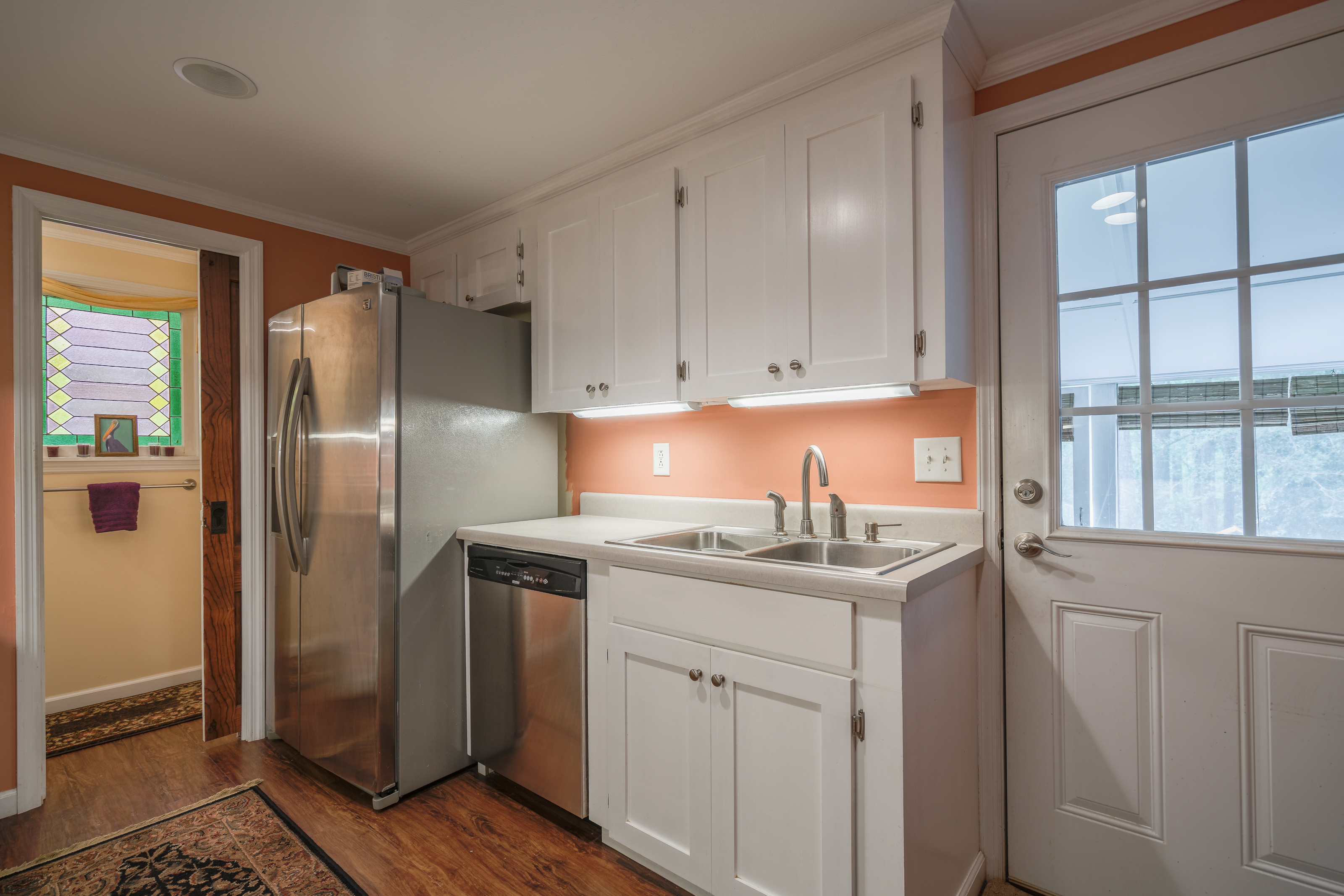 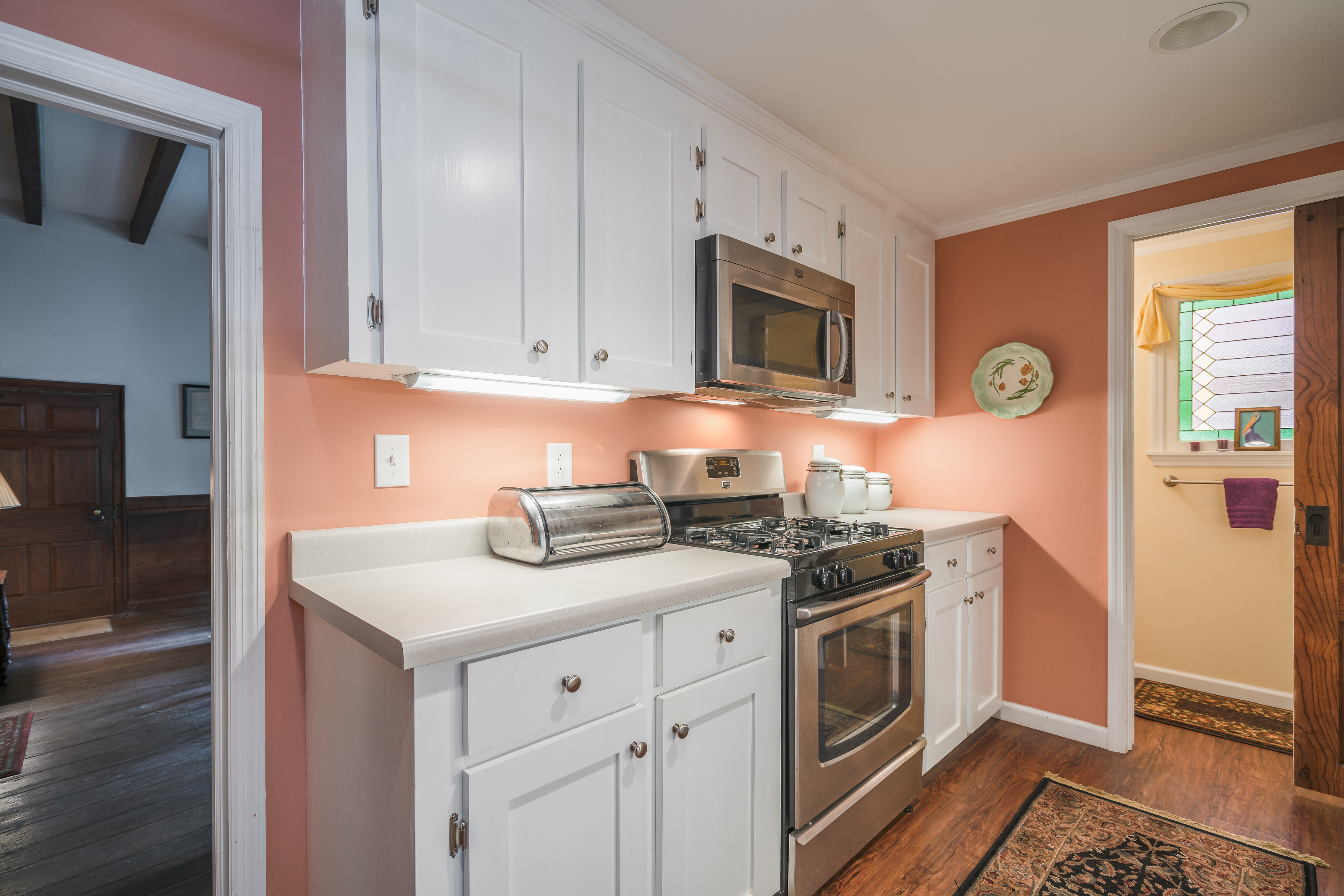 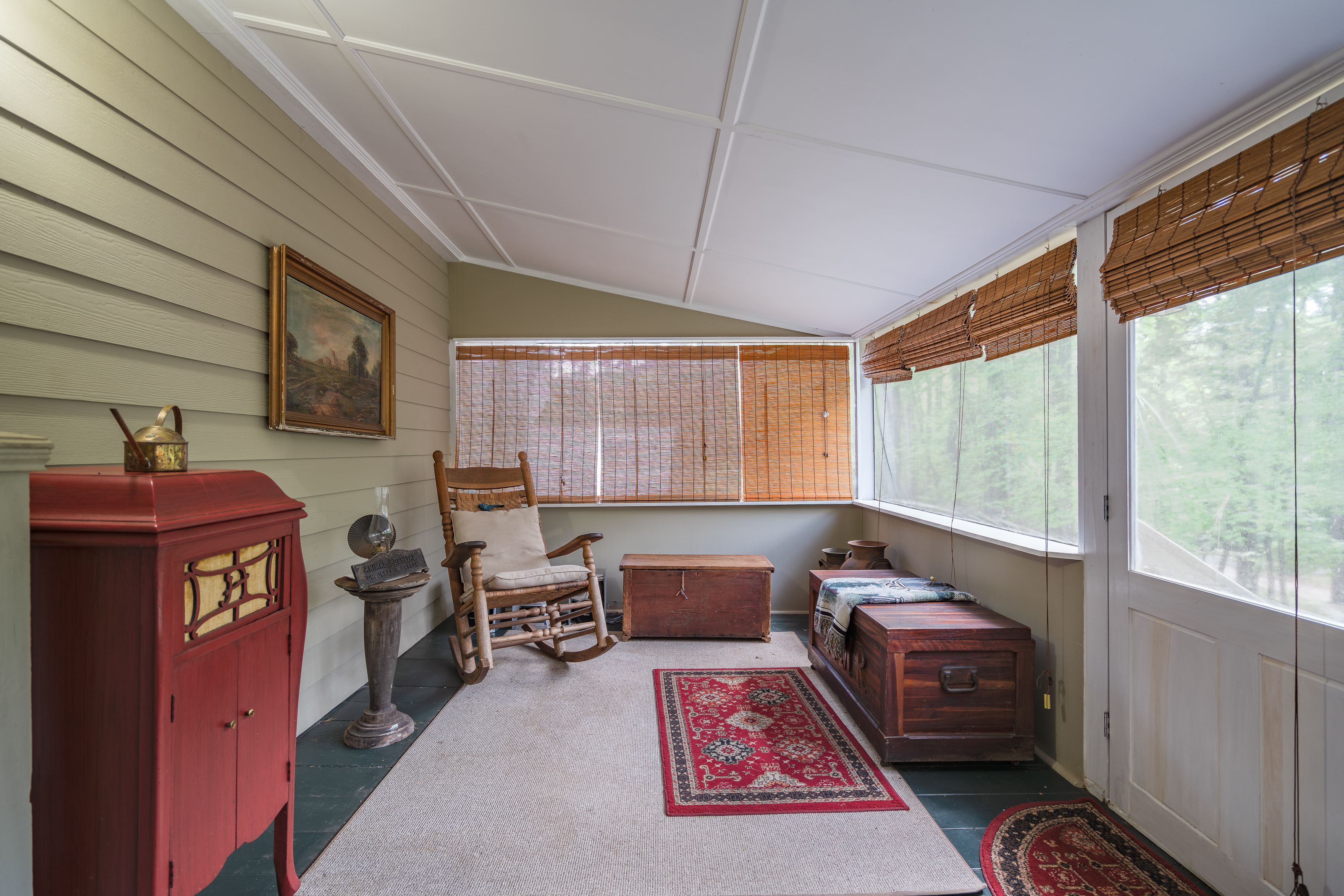 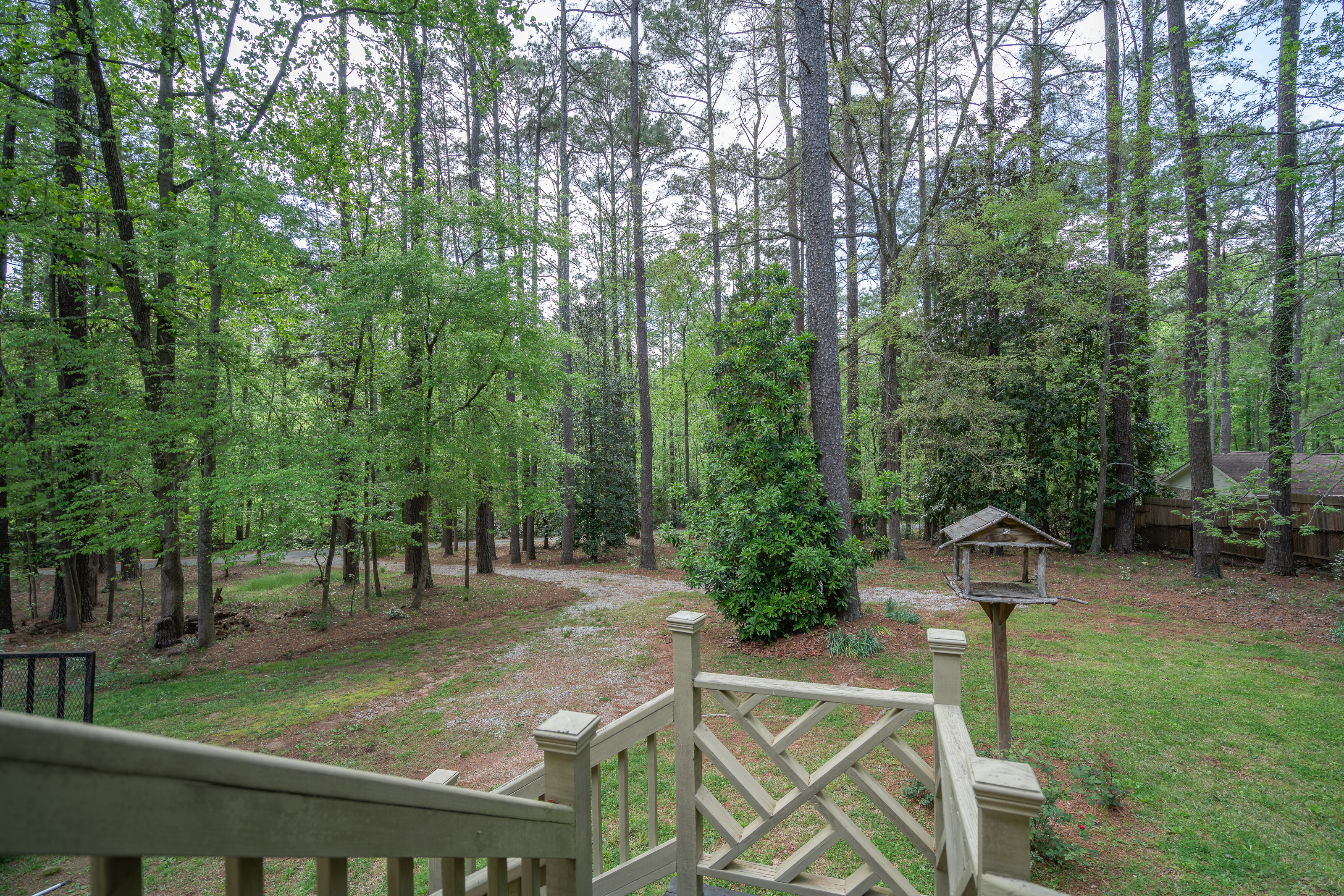 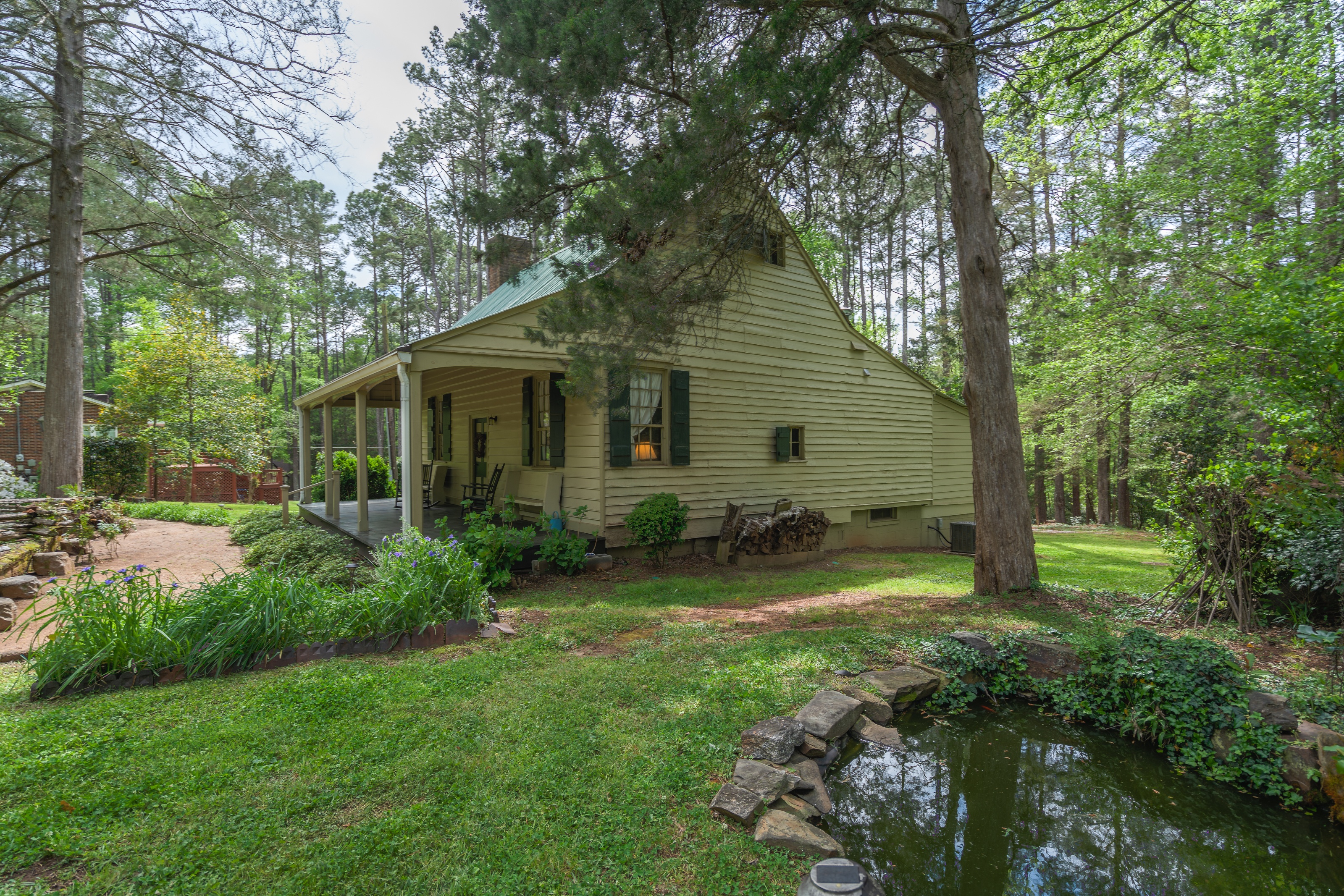 This is the original cottage of the John Mills family of Virginia and was moved from Little River in Wilkes county  over in 1967 by Dr. J.T. Bryson, one of the founding members of the Georgia Trust. Mills’ daughter Nancy (portrait displayed below) married wealthy revolutionary soldier Abram Simon. After his death, she then married Rev. Jesse Mercer who founded the Christian index in Washington and, later, the Mercer Institute at Penfield that would become Mercer University.The exact date of the cottage’s construction is not known for certain but, since it was the Dennis brothers residential structure already at the mill site, we can assume that it was built before 1778. The current tax records have it recorded as 1762.  Early historian Eliza Bown states that Elijah Clark and John Dooly held secret meetings here and probably arranged to combine forces in case of an invasion by the British. The home is of hewed frame construction with every piece being hand wrought. On the porch are two small handmade and thick-planked church benches from old Sardis Baptist Church (1788).The numbered system for the parts is still evident and can be seen throughout the structure. It’s floor plan was a simple two-room cottage with a front porch and simple shed rooms on the back. The corner posts are all hand hewed “v” shaped timbers called hog trough beams.The decking, flooring, studs, wide weather board, and interior paneling are all either hand sawed or hewed and hand dressed. The beading on the weather board, beading on the overhead beams, and the quality of the trim on the windows and chair rail indicate that the original buildier was a person of discriminating taste.It is legend that when the Mills House sat on Little River there was no ferry or bridge across the water and all comers were forced to ford the river. Sometimes darkness caught a traveler and so a lamp was always set on a shelf below the window so that its light could be a focal point for the unlucky wayfarer. 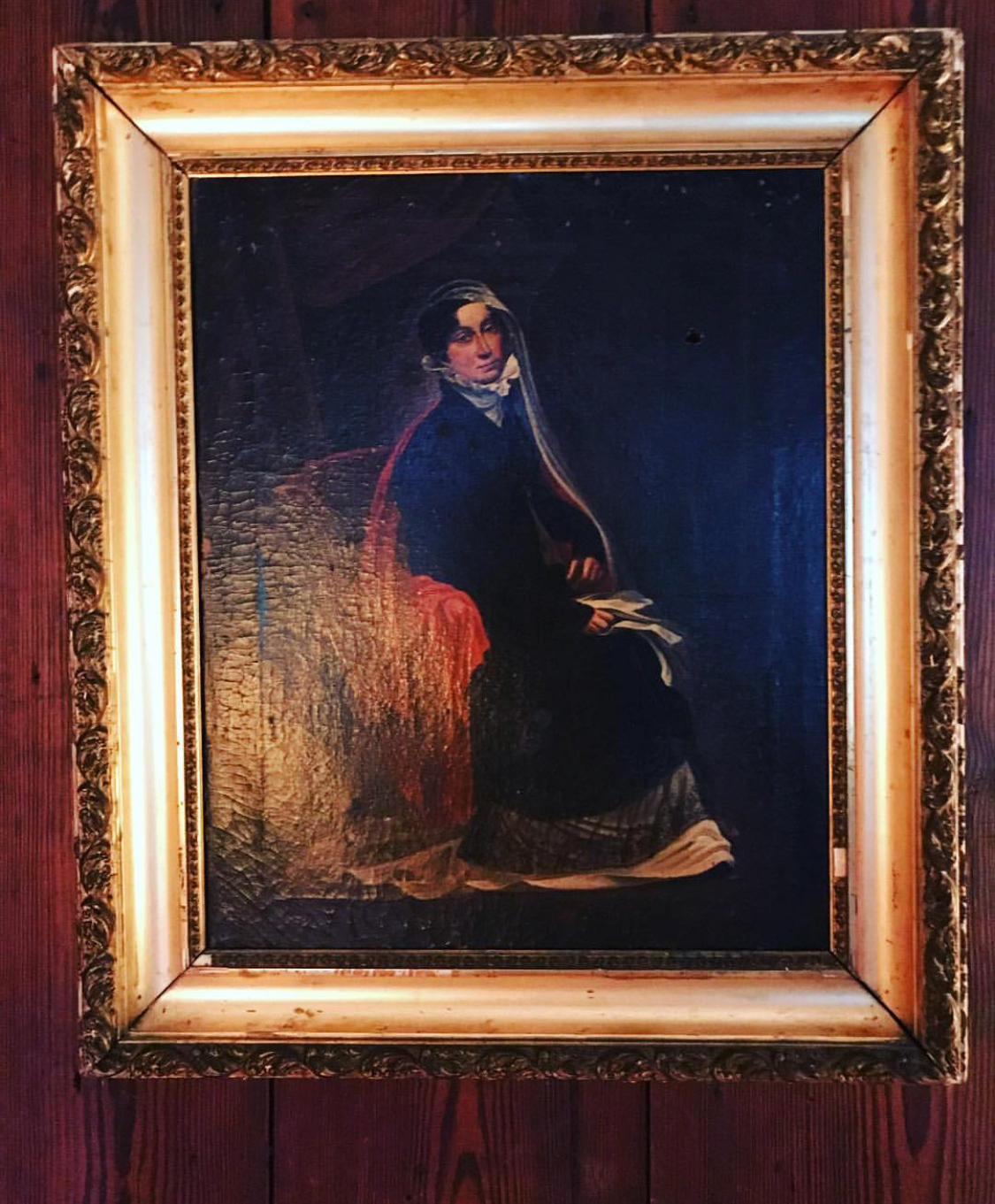 First Home to Nancy Mills Simons Mercer the daughter of John Mills who moved to Wilkes county and settled on a land grant on the north side of little River (Dennis’ Mill)  near Wrightsboro road when she was very young. Nancy married Abraham Simons who was a quite a wealthy merchant and tavern owner and served in the Georgia legislature. After his death Nancy married the notable Rev. Jesse Mercer December 11,1827. They formed a powerful team with his spiritual leadership and her wealth from the Simon Estate.Their Efforts as supporters of Education led to the founding of Mercer Institute in Penfield Georgia 1833,becoming a university in 1837.  The House is noted on 1877 Callaway Map and 1901 Coloumbus Granade map of as Branham.

Own a Piece of History