By David Ibata For the AJC 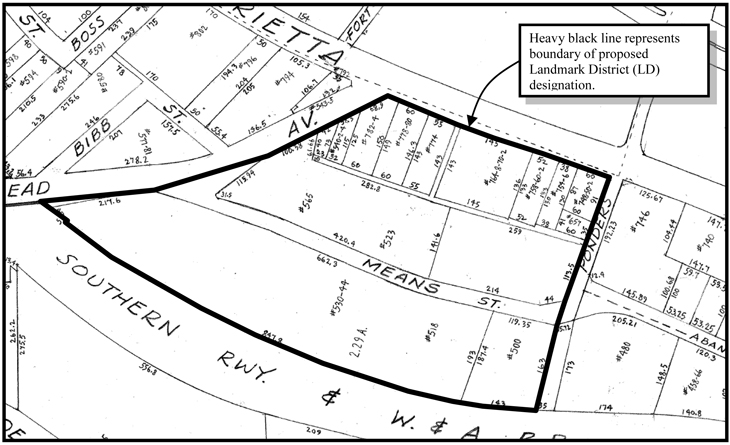 The Atlanta Urban Design Commission, a city agency charged with overseeing historic buildings and districts, has approved the nomination of a historic area near Georgia Tech that includes the former Engineer’s Bookstore building.

The commission recognized the Means Street Landmark District, a cluster of commercial and industrial buildings dating to the late 19th and early 20th centuries behind Marietta Street and east of Bankhead Avenue.

The action was in response to a developer’s plan to raze the Engineer’s Bookstore building at 748 Marietta and replace it with a gas station and convenience store. (The Atlanta Preservation Center, in an email to members, said the property has a new owner who does not plan to demolish the building.)

Under Atlanta’s Historic Preservation Ordinance, the designation next goes before the Neighborhood Planning Unit, Zoning Review Board and City Council Zoning Committee, a city spokeswoman said. Finally, the full Council and Mayor Kasim Reed would act on the designation.